As part of our blog series, we will occasionally spotlight an exciting, fast-growing, or game-changing company. These businesses are working to disrupt their industries—in the best way possible. 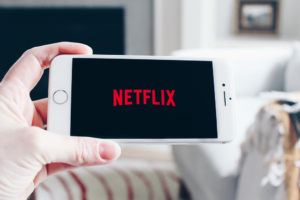 If you’ve ever streamed a movie or television show online, you likely did it through Netflix. Headquartered in Los Gatos, California, this company was founded in 1997. Netflix offers a subscription-based streaming service, offering consumers a large library of films and television shows. Though Netflix has been around for over twenty years, its current form is relatively new.

Netflix began as a DVD subscription service. The idea was to bring the flexibility of a video rental store to the convenience of home; users would request films, which were then mailed to their homes. This rental by mail model was popular among American households, but Netflix truly changed the home entertainment world when it began to provide streaming services. In 2007, the company expanded its business with the introduction of streaming media, though it continued its DBD and Blu-ray rental service. The first of its kind, this streaming service became extremely popular; by January of 2006, Netflix operated in over 190 countries. The service is available worldwide except in Mainland China, Syria, North Korea, and Crimea.

Netflix continued to expand as a media company by entering the content-production industry. In 2012, the company debuted its first original series. Since then, it has continued to expand the production of both film and television series. Netflix released an estimated 126 original series or films in 2016—more than any other network or cable channel. In 2018, the company received more Emmy Award nominations than any other network, including HBO.

As of April 2018, Netflix had 125 million total subscribers worldwide. Around 57 million of those subscribers live in the United States, meaning around 20% of all Americans have a subscription. The company continues to break ground in the home entertainment and production industries, and we’re looking forward to see what they do next.

As part of our blog series, we will occasionally spotlight an exciting, fast-growing, or game-changing company. These businesses are working to disrupt their industries—in the best way possible. 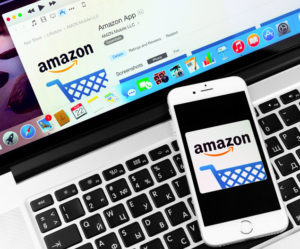 If you’ve purchased something online in the past week, there’s a big chance it came from Amazon. This company now represents nearly half of all U.S. e-commerce sales, and more than 75% of U.S. online consumers shop on Amazon. The company was founded by Jeff Bezos in 1994, but it originally operated as an online bookstore. The website later diversified to sell video downloads and streaming, MP3 downloads and streaming, audiobook downloads, software, video games, and electronics. In its current iteration, customers can purchase and sell nearly everything and anything on Amazon—and its changing the way Americans shop.

Amazon did not expect to make a profit for four to five years after its rebranding in 2000. They experienced slow growth, causing stockholders to complain that the company was not reaching profitability fast enough. However, when the dot-com bubble burst, Amazon survived. The company eventually turns its first profit in the fourth quarter of 2001: $5 million on more than $1 billion. In 2011, Amazon had 30,000 full-time employees in the United States. By the end of 2016, it had 180,000 employees in the country.

In 2015, Amazon surpassed Walmart as the most valuable retailed in the United States by market capitalization, and it is the fourth most valuable public company in the world. It is the largest Internet company by revenue and the second largest employer in the United States. Amazon currently has thirteen subsidiaries, including Audible.com, Whole Foods Market, Goodreads, and Junglee.

So, why have we listed Amazon as an Upcoming Company? Because its innovations continue to change American life. Through services like AmazonFresh, customers can have groceries delivered to their doorstep. Through Amazon Video, customers can watch and stream thousands of movies and television shows. Users can utilize Amazon Drive, the company’s cloud storage application, or read any book on their e-Reader, the Kindle. This company developed Amazon Alexa, a game-changing virtual assistant and a step forward in smart home technology. Amazon continues to innovate, and we can’t wait to see their next service, product, or invention.

Summary: Verizon Communications is a popular and well-known holding company which engages in the provision of broadband and communication services. The company provides wireless and wireline services. The wireless portion provides wireless communications services and products on both a post- and prepaid basis. This is provided to consumer, business, and government customers. Conversely, the wireless segment offers broadband video and data, corporate networking solutions, data and cloud services, security and managed network services, and both local and long-distance voice services.

Why you should care: Verizon currently ranks as the 18th largest country in the world. It is number seven in profit and thirty-one in market value. These numbers are incredible impressive for a company less than twenty years old. Verizon Communications is also leading the charge toward 5G communication services, which they plan to roll out in late 2018. With a safe dividend and a stable emphasis on technology, Verizon is an excellent buy for investors seeking long-term gains.

Summary: Exxon Mobil engages in and facilitates the exploration, development, and distribution of oil, gas, and petroleum products, operating through upstream, downstream, and chemical channels. Their upstream segment produces crude oil and natural gas, whereas their downstream segment manufacturers and trades petroleum products. The chemical segment offers and distributes petrochemicals. Founded by John D. Rockefeller in 1882, ExxonMobile is one of the most successful oil development and distribution companies of all time. The company is currently the thirteenth-largest in the world, number ten in sales, number sixteen in profit, and number ten in market value.

Why you should care: According to Bloomberg, an emerging shale oil producer is beginning to court ExxonMobil to invest in Algerian shale reserves. The producer, headed by a man named Ould Kaddour, encouraged companies to “come explore” while at the World Gas Conference in Washington. ExxonMobil’s participation in this venture could lead to massive changes in the shale oil market, as Algeria is a relatively “untapped” country. To that end, a federal judge in California recently dismissed a climate change lawsuit brought by San Francisco and Oakland against ExxonMobil. The company continues to drill worldwide and is understood to be one of the biggest contributors to global climate change.

Summary: JPMorgan Chase & Co. is a well-known financial holding company. It provides financial and investment banking services to people worldwide, offering a range of investment banking products in all major capital markets. JPMorgan Chase & Co. Advises on corporate strategy and structure, works on capital-raising in equity and debt markets, assesses sophistical risk management, partakes in market-making in cash securities and derivative instrument, and provides prime brokerage and research. The company operates through consumer and community banking, corporate and investment banking, commercial banking, and asset management. They are perhaps best-known for their mortgage banking, which includes mortgage origination and servicing activities and portfolios for residential mortgages and home equity loans.

Why you should care: JPMorgan Chase & Co. ranks as the third-largest company in the world. They are currently number ten in profit and number eight in assets. Consumers should care about this company because their activities in the early 2000s facilitated the 2008 financial crash. Then, in February of 2012, US Attorney General Eric Holder announced the National Mortgage Settlement, which fined JPMorgan Chase (and four other megabanks) a total of $25 billion. Allegedly, JPMorgan met part of its settlement burden by forgiving loans it no longer owned.

Why you should care: Despite being a relatively small company, McKesson ranks #10 in global sales and #5 in American sales. McKesson stock was recently (February 2018) declared the best stock to beat healthcare headwinds. The company’s size, dominating control, and ability to be a low-cost producer in a slim-margin industry allow it to endure hardships faced by other healthcare companies. McKesson Corporation is California’s second-richest company with nearly $200 billion in annual revenues.

Why should you care: Apple is one of the most renowned technology innovators in the world, pioneering devices such as the laptop and the smartphone. Though it has yet to jump into the world of intelligent personal assistants (aside from the iPhone’s “Siri”), the company is doing extensive research on artificial intelligence. The next several years will see massive changes to the world of technology, and we foresee Apple at the vanguard.

Summary: Microsoft corporation engages in the provision of developing and marketing software and hardware services. Its products and services include computing device operating systems, services, phones, and intelligent devices. The company also produces services that aid in productivity, business solutions, desktop and server management, software development, video games, and online advertising. It holds the third ranking for the world’s most valuable brand, and it is the sixth most profitable of America’s top public companies.

Why you should care: In the past decade, Microsoft seems to have lagged behind other software and hardware producers (namely: Apple) in innovation and production. However, they are pioneering big data solutions—a new way to house data when the volume exceeds the capacity or cost limitations for relational database systems. A move to big data, though expected, will dramatically change how we interact with and store data in both personal and corporate worlds.

Why you should care: Wal-Mart has pioneered the modern discount store, but—most recently—has fallen behind competitors like Amazon. In an effort to keep pace, Wal-Mart is beginning to research and produce specialty foods. Among their experiments is the “fruit punch pickle.” We will not be surprised to see Wal-Mart grow significantly over the next few years as it continues to innovate.

Summary: Alphabet Inc. is a holding company; it engages in the business of acquisition and operation of different companies. It operates through the Google and Other Bets segments—the Google segment includes Internet products (search, ads, commerce, maps, apps, cloud, &c), and the Other Bets segment includes businesses such as Access, Google Fiber, Calico, Nest, Verily, and other Google initiatives. A relatively new company, Alphabet Inc. was created through a corporate restructuring of Google.

Why you should care: In 2017, Alphabet invested heavily in Cuemath, Lyft, and United Masters. They also acquired smartphone technology startup Redux, which specializes in turning smartphone screens into speakers. Eric Schmidt, the executive chairman, said that there may eventually be more than 26 Alphabet subsidiaries. He is currently meeting with CEOs of current and proposed Alphabet subsidiaries, foreshadowing massive growth in the coming years.